Paul Leger's work to be in "Quilts by Men" Show 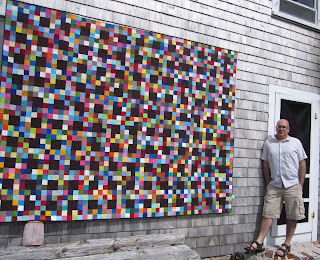 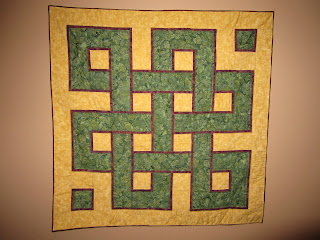 Paul was invited to participate in a Quilts by Men show, an exhibition that focuses on quilts designed and created by men. The show is
hosted by the Copper Shade Tree, an American fine craft gallery in Round Top, Texas. The show is held from October 26th to
November 20th, 2011.

After receiving the invitation Paul says "I considered a few designs and decided to make a smaller version of my Around the Block quilt but as the
quilt progressed I was not crazy of the dimensions I had chosen and decided to submit the original quilt and my Pixel quilt."

The show will run in conjunction with The International Quilt Festival in Houston and the opening of Karey Bresenhan’s, Texas Quilt
Museum in La Grange. Limousine tours from Houston to La Grange during the weeks of Market and Festival will be available. The
gallery is a scheduled stop during the tours.
Posted by Lynne Morin at 7:50 AM
Email ThisBlogThis!Share to TwitterShare to FacebookShare to Pinterest
Newer Post Older Post Home