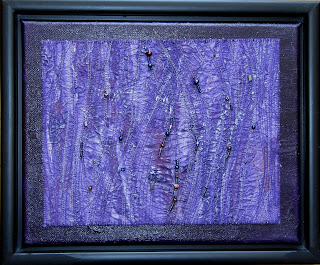 Pat Caffery will be exhibiting several pieces of her work with her Studio Inspirations group in the TNT show in Stittsville.  Opening is Sunday, May 2nd, 2-4 pm at Art Mad. Her piece Shooting Stars (right) is in the show.

Posted by Mary Pal at 9:50 PM
Email ThisBlogThis!Share to TwitterShare to FacebookShare to Pinterest

How to Register for our Art Marketing Salon

At each regional meeting for the next while, we will be working through Alyson Stanfield's Art Marketing Salon. To register, simply go to this page http://www.artbizconnection.com/register.html#Members and fill it in, listing Karen Goetzinger as your Group Leader.  You will then receive a password to enter the site where you can download and print out each topic.
At this month's meeting (see details in the March 23 post, below), we will be covering Topic 2 "Setting & Attaining Goals."
Looking forward to seeing everyone!
Posted by Mary Pal at 8:58 AM
Email ThisBlogThis!Share to TwitterShare to FacebookShare to Pinterest 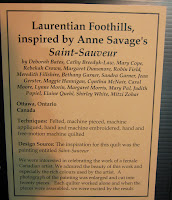 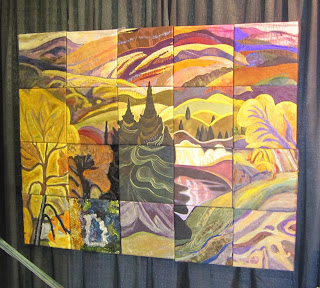 An update on the Laurentian Foothills piece that is currently in Chicago at the IQF.  A roving reporter friend of mine was delighted to see it as soon as he entered the O Canada display.  He kindly sent along these two photos.  If you're not familiar with the story, check the blog post from February 21 (under Archives).
Posted by Mary Pal at 2:11 PM
Email ThisBlogThis!Share to TwitterShare to FacebookShare to Pinterest 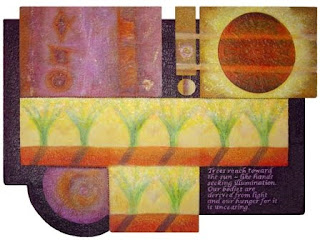 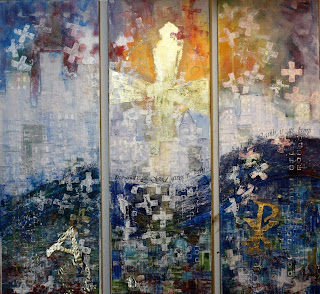 Exciting news from Karen Goetzinger. Martin Luther College in New Ulm, Minnesota built a new chapel. A juried art exhibition, Solus Christus, took place as part of the dedication weekend festivities April 10-11. Pieces juried into the exhibition were judged a second time on April 9 in order to choose a grand prize submission which would be purchased by the college. 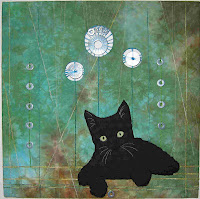 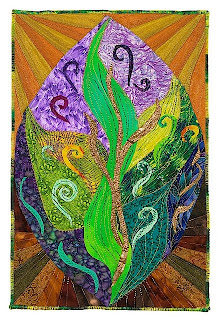 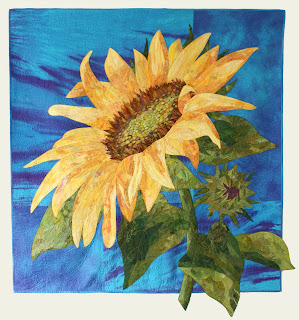 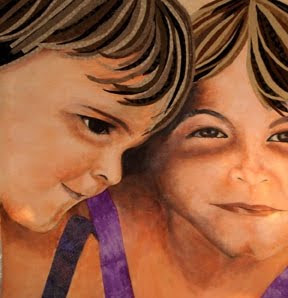 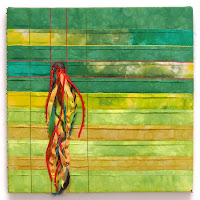 SAQA's Benefit Auction is our biggest fundraiser. Last year there were donations from 235 members which raised $47,325! The deadline is July 1 but that will be here sooner than we think - Cathy Breedyk Law's contribution "Breaking Free" is at left.
Time to work on this year's donation - an art quilt approximately 12" square (but they accept slightly smaller, slightly larger, and non-square pieces as well). Your artwork will have both a thumbnail and full-screen version, with a description and a link to your website. They can accept only ONE donation per artist.
It's a great way to support SAQA's programs and exhibitions and promote your work at the same time!
Details on deadlines and how to send your entry are here:  April e.bulletin
Here's a sneak peek at the ones they have already received: Auction Quilts on saqa.com
Posted by Mary Pal at 5:10 PM
Email ThisBlogThis!Share to TwitterShare to FacebookShare to Pinterest
Newer Posts Older Posts Home
Subscribe to: Posts (Atom)